Travelling for Work, Abroad and in the City

The West Coast College of Massage Therapy  spoke with Alicia Doll; a Victoria Campus graduate from 2010. She shared with us what convinced her to go work abroad and what made her decide to come back again. 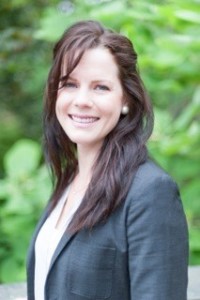 What drew you to massage therapy?

I started off working in a chiropractic clinic and was working at the front desk. We would have whole sports teams coming in and I did very basic leg stretches.  I was always working because I wanted to help out often and it was really fun being around everybody. I started doing the soft tissue work more and more and then became a chiropractic assistant. I didn’t really understand what we were doing to make people feel better and I was too chicken to become a chiropractor because I would have had to leave the Island to go study in the States or Toronto. I thought, “No, that’s too crazy I don’t want to do that.” I was too in love with the island so I went to massage therapy school in Victoria. A good friend that I worked with, who I’m still friends with now, was going at the same time. It was kind of just the natural progression of me being a part of this chiropractic clinic, and enjoying what was happening there and then wanting to learn more about the body.

What was your favourite part about being at the College?

I had lots of fun at school. I have a couple of people that I still talk to. I think being able to go through such an intense program with a really good group of people, that was the best part, on top of it being close to home.

It seems that you ended up quite far from home after all, what brought you out to Australia?

I stayed home for a long time. I think I just got burnt out, two years into a real practice, treating people quite regularly with split days off to help my grandparents. I just got really tired in general. I wanted a change. I was doing a lot of family things, which I liked but I didn’t really feel like I was having my own story. Australia had always been on my mind and a friend of mine had a friend living there. His next door neighbour had a clinic and so I got a job before going there. He had a massage clinic on this little island. It’s so funny, I went from one island to an even smaller island of 2000 people, which is practically asleep by 5:30. I didn’t stay there for long but it was so beautiful. During the day I would go on all these hikes and you know, if you’re not enjoying the beach in Australia, what’s wrong with you? Later I got another job on a Great Barrier Reef boat. Over all, I was there for a year.

What brought you back to B.C. and ultimately to Kelowna?

I felt like I wanted to keep travelling but I didn’t want to be so far away from everybody. The time zones were too annoying, it was just too far and it was too expensive for my whole family to come visit. I knew if I went to a mountain in Canada, I would find plenty of Australians and so I just kind of picked a few. Whistler didn’t really appeal to me too much. Everyone goes to Whistler, so I thought, “I’m going to go to Kelowna.” I had gone to Big White in my childhood with my family and that was really fun. So I decided to work a season up at Big White, so I could kind of live on this travel bug a little bit longer. That way I could be independent but still get home important events. After the season was over, I went off the mountain and into Kelowna to work for myself as well as part time for another clinic just to help build my name there. I’ve been in Kelowna for 2 years now.

What made you decide to work for yourself?

Well, it’s not like I don’t like working for somebody else but I wanted the money to go towards me and I wasn’t prepared to give up commissions any more. I wanted to just do it on my own, I didn’t want any help and I wanted to see how well I could do.

And you work in people’s homes, correct?

Yes, I go into people’s homes and I work part time at a clinic. I just bring my table and set up. Usually it’s a husband and wife team that I’ve met somewhere along the way. I started it because I was living in a space where technically I wasn’t allowed to have anyone over. I lived in a gated golf course community, with really beautiful houses; an older clientele for sure but very active. That’s where it all started and that’s still where I go the most.

What advice would you have for someone who wants to work in people’s homes like that?

Make sure you have a good system for organizing what you need and being able to set up quickly. I put everything into an over-sized bag on wheels, almost like a hockey bag. I can fit everything in there, a small stool, a pillow, a set of sheets, a headrest and my music. It’s just having that check marked list of thing that I need that are always in my car and always ready to go. I have a table at home and a table in my car. Having everything electronic as well, I use Jane App, so people fill all their forms online. I also use a Square Credit Card Reader so when people pay me, they don’t have to pay me cash, they can pay be by credit card or by cheque or by e-transfer. That makes a huge difference. Make sure people can pay any way they want.

Thanks to Alicia for sharing her experiences with us! Want to share your story? Contact [email protected] to be featured in our blog. As always, WCCMT would love to see you on LinkedIn, our New Westminster Facebook Page or our WCCMT/CCMH Facebook Page so you can stay connected with our community.

Back to School at 35: Meet Matt Clark New WCCMT Student Matt Clark is excited to start the Massage Therapy program this September. Prior to […]

VICTORIA CAMPUS KEEN ON BEING GREEN

Victoria is known for its lush gardens and vast green spaces; it’s the Cycling Capital of Canada and is nicknamed the ‘City of Gardens’.  With […]

Strength Train Your Core and Back (2 days special)