Quest For Regulation Across Canada 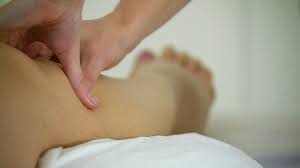 Massage therapy regulation across Canada is a major focus of the Canadian Massage Therapist Alliance (CMTA), and helping provincial associations in unregulated provinces achieve that goal will be the alliance’s role. “We certainly are supportive,” says Brenda Locke, executive director of the Massage Therapists’ Association of British Columbia and a member of the board of the CMTA. Locke, along with other CMTA officials Marilyn Sparling and Lori Green, sat down recently with Massage Therapy Canada magazine for an interview on the current state of the massage therapy profession.

“(Regulation) is something that has always been in our agenda, to support non-regulated provinces to become regulated,” Locke says. B.C. is one of only three provinces that regulate massage therapy as a health profession. The other two are Ontario and Newfoundland and Labrador.

The CMTA takes its cue from the provincial associations and comes in with whatever support is needed to help the province through the process of regulation – which can be a long and tedious endeavour.

Alberta is a good example of such collaboration, Locke says.

With as many as 8,000 massage therapists practising in Alberta, the province has yet to achieve regulation under the Health Professions Act. Since Alberta began its push for regulation in 2008, the CMTA has provided support to the province in various ways.

“We all came to Alberta and spoke to their provincial authorities and that kind of thing and we continue to do that,” says Locke. Most recently, the Alberta health ministry has indicated it will conduct a survey of massage therapy professionals in the province to gauge their support for regulation. The associations and massage therapists in Alberta are currently waiting for that survey to come out, according to Pam Kats, president of the Massage Therapy Association of Alberta (MTAA).

“At this point, it was kind of a tie at the table. There were some people who were really pushing hard for regulation and some people who are holding back. So, rather than trying to iron out all those details, (the government will) just ask the profession what they want and then we can go forward,” Kats says.

The CMTA has been a vital resource for associations in non-regulated provinces that may not necessarily have the expertise or experience to move forward with the regulatory agenda, says Lori Green, executive director of the Massage Therapist Association of Saskatchewan, a member of the CMTA.

“Saskatchewan has been working very hard for many years to seek regulation and we rely fairly heavily on the CMTA,” says Green.

Green notes, however, that the CMTA only comes in to lend help when the provincial association asks for it, so as not to “step on anybody’s toes.”

“We would not go in, as the alliance, uninvited to a province,” Green points out. “But I think the beauty of it is that the members of the alliance see how powerful that can be.”

The CMTA currently has association members in all Canadian provinces and territories, except Ontario, Manitoba, Quebec and Yukon. At the CMTA’s annual general meeting held in Kananaskis, Alta., representatives from the Registered Massage Therapists Association of Ontario and the Massage Therapy Association of Manitoba (MTAM) were present for “information gathering,” which the CMTA officials believe to be a step in the right direction.

“They needed to know what our philosophy is, what our mandate is, what our vision is,” says Marilyn Sparling, chair of the CMTA. “They had specific questions, particular concerns, which I think are mostly based on some misinformation but they needed clarification, which is perfect and that’s exactly why it was a great idea to have them.”

Benefits of regulation
Alberta isn’t the only province actively pushing for regulation and inching closer to it. According to a recent update from the MTAM in Manitoba, as of October 2013, the association is awaiting further directions or decision from the Health Professions Advisory Council, the agency that reviews submissions for application for regulation.

Manitoba began its application for regulation under the Regulated Health Professions Act in May 2012.

“I’d like to say we are one dart throw away from moving into transitional phase with the development of the (massage therapy) college, but with the government it’s always up and down,” says Susan Kos-Whicher, president of the MTAM.

Kos-Whicher points out the importance of getting support for the massage therapy profession’s advocacy.

“The more people we have in our corner is an advantage to us,” she says.

Manitoba has actively worked towards advancing massage therapy as a health-care profession, says Kos-Whicher. In the last several years, through a series of public awareness initiatives, the profession has managed to raise public profile by successfully distinguishing massage therapists from the more commercially driven, but less qualified, service providers.

In Winnipeg, the association has successfully lobbied for the exclusive use of the term “massage” for business names.

This is one step forward in the profession’s fight for recognition in the health-care arena. It clarifies the qualifications of massage therapy professionals and takes away some of the confusion for insurance claims purposes.

There are more than 1,000 massage therapists in Manitoba, of which about 800 are members of the MTAM.

Kos-Whicher says public awareness about what the profession is all about is important. And the efforts of the MTAM to raise awareness in recent years are certainly paying off.

Regulating the profession will further seal the profession’s future. This is why some of the more active provinces, like Alberta and Manitoba, are working hard to achieve it.

One of the biggest benefits of regulation for a massage therapy professional is business mobility, says Alberta’s Pam Kats. Under a regulated environment, all massage therapists will be qualified based on the Interjurisdictional Practice Competencies and Performance Indicators for Massage Therapists at Entry-to-Practice.

This document is the nationally accepted standard for massage therapy education, and is the standard agreed to and developed in collaboration with the CMTA and the three massage therapy regulatory colleges of British Columbia, Ontario, and Newfoundland and Labrador.

Regulation will allow a massage therapist in British Columbia, for instance, to move his or her practice to Ontario or other regulated provinces.

There are dozens of massage therapy schools that operate in Alberta and their training varies from 250 to 2,200 hours. “So that standardized education that will come from regulation is very important,” says Kats.

Regulation will also help ease some of the issues with respect to insurance claims.

“The insurers, first and foremost, want to ensure that their client and those people that are benefactors of the benefit packages are actually getting the treatment from a bona fide therapist,” explains Green, who co-chairs the CMTA insurance committee.

Kats agrees, saying regulation will create the standard from which insurance companies can draw to create consistent policies for processing insurance claims.

“Aside from each province becoming regulated, having a national standard that is enforceable is where we need to go,” Kats says, adding the CMTA has made some good progress in working with the insurance companies in addressing the issues.

Mari-Len De Guzman is the editor of Massage Therapy Canada and Canadian Chiropractor magazines. You can contact her at [email protected].

Changes are happening at WCCMT New Westminster campus, and students will notice a visible difference. In an effort to honor our community, we’ve upgraded the […]

WCCMT Announces Mock Board Exam Public Launch After successfully helping our students prepare for their board exams with our Online Mock Board Exam, WCCMT is […]

Join us all month long for our Mother’s Month 2-for-1 Special. We know you love your mom – so show her this month by treating […]